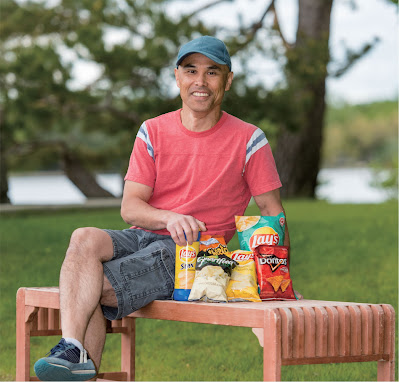 The coronavirus pandemic is driving up cravings for snacks around the world as people spend more time at home, and potato chips are no exception.
Lethbridge and Taber in southern Alberta are home to two large Frito-Lay manufacturing facilities - a North American snack food giant and subsidiary of PepsiCo. These plants produce familiar brands like Lay's, Doritos, Tostitos, Cheetos, Ruffles, and Smartfood Popcorn.
A key member of the technical crew who works around the clock to keep the Frito- Lay’s Lethbridge plant running is Toshiro Oshima. Toshiro graduated from university in Japan and moved to Canada 26 years ago. Starting as a Japanese tour guide in Banff, his Canadian journey led him down a long, winding path to becoming a wind turbine technician and electrician, and eventually a maintenance technician for the world-renowned Frito-Lay. He sat down with us to look back on his journey.

Escape from the post-bubble “employment ice age”
I grew up surrounded by nature in Iijima-cho in southern Nagano Prefecture, sandwiched between the Central Alps to the west, and the Southern Alps to the east. My parents both worked, and I had two younger brothers to look after. Through junior and senior high schools, I belonged to the brass band club and practiced the trumpet day in, day out.
After high school, I majored in Industrial physics in the engineering department of the Chubu University in Kasugai-shi, Aichi Prefecture. While in university, I was constantly juggling part-time jobs, delivering newspapers, working at a gas station, and tutoring. I started university at the height of the bubble economy, and we heard stories about an extremely tight labour market where employers were covering for transportation for people to attend job interviews. Despite my high hopes, the bubble economy burst by the time I graduated, plunging us into the “employment ice age.” Seeing my friends all hustle to get a job, I felt it wasn't for me and instead, I decided to apply for a working holiday visa for Canada.
After arriving in Vancouver in 1995, I attended an ESL for two months and moved to Banff to take a job at a hotel and ski hill. Just as my working holiday visa was expiring, a Calgary-based Japanese tour company offered me a guide position with a work permit. For the next five years, I spent my summers hiking and winters skiing in Banff – those were the best days of my youth! During that time, I met my wife who was my colleague, and we married in 1998 and became permanent residents in 2001.

Bankruptcy leads to an opportunity
After our marriage, it was time for me to find steady work that wasn’t seasonal, and I landed a sales role at a hay exporter in 2003. My first year was at the Vancouver headquarters, and I was then dispatched to Peace River in northern Alberta. After two years, I requested a transfer to Lethbridge. A year passed and just as we had settled into Lethbridge, bought a house and had our third daughter, my employer suddenly went bankrupt.
Despite the nightmare scenario, I switched my mindset and looked ahead to the future. In order to support my family, I decided to go back to school while my employment insurance lasted. It was 2008, and the renewable energy sector was on the rise. Wind energy seemed most promising to me as it is a ceaseless source of power, so I opted to enroll in the wind turbine technician certification program at Lethbridge College. The course was split into two, three-month terms with the first part being the electrician foundational training and the latter the wind turbine technician specialization. I figured this would allow me to be certified in both and open up more career opportunities. Worried that the employment insurance payments may not be enough, I delivered newspapers while attending the college for half a year. English was a struggle, but my university education in Industrial physics came in handy throughout the course.
To become a licensed electrician in Canada, one must complete an apprenticeship. In Alberta, this process lasts four years, where one spends nine months of a year training on the job with an employer and the remaining three on unpaid technical instruction in school. After completing the turbine technician course, a wind power company became my sponsor for the apprenticeship program. After four years, I finally became a certified electrician.
It was fascinating work to perform maintenance, troubleshoot the problems and repair those turbines. The best part of the job was having lunch atop them. Its pillar is hollow with a ladder inside that reaches the top which is as tall as a twenty-storey building. I started wondering if I could keep climbing an 80-meter high ladder for the rest of my life, so I pivoted to employing that expertise in an oil drilling rig fabrication factory. 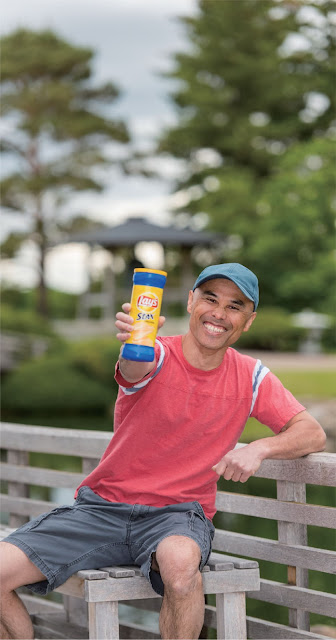 Still, I wasn’t quite comfortable in the oil industry because of its volatility, especially after hearing half of the employees were laid off during the 2008 financial crisis. That’s when I started looking at the food industry and Frito-Lay in particular, as they had two large manufacturing plants in Alberta. Their environmental initiatives such as minimizing landfill waste and conserving water, employee skills training and education programs appealed to me, so I started watching for job opportunities.
I waited for a year and applied immediately when a position became available in the Frito-Lay facility in neighbouring Taber in 2012. It was an hour-long commute each way, but I stuck with it for three years, hoping for a chance to transfer to the Lethbridge plant. When I finally got that chance, it freed up more time for me to pursue further certifications by taking advantage of their generous professional development program. I was able to complete a power engineer certificate a few years ago and am now studying for millwright.
My current day-to-day tasks involve troubleshooting, repair and maintenance of various equipment. The diagnosis and repair that I perform is just like solving puzzles and sometimes it feels like my brain will explode, but other times the “Aha!” moments I experience are most rewarding. In addition to the traditional method of using one’s five senses, maintenance and inspection, I also deploy the latest technologies, which I find exciting to learn. After spending nine years with Frito-Lay, I have finally found my calling. The 12-hour night shifts are tough, but I’m going to embrace all the challenges, opportunities and devote myself to my career.